By Diane Farsetta, Center for Aging Research and Education

He had worked in Northwestern Memorial Hospital’s emergency department for nearly 20 years, and had recently joined three other nurses there in focusing on older patients’ needs.

“The physician who headed the geriatric assessment project turned to me and said, ‘Dwayne, can I send this lady home from the ER safely?’ I was a little surprised,” says Dobschuetz. “For the first time, we were giving the docs an alternative.”

“I told the physician, ‘Yes. I will call her in two days and if she’s not flying on her own, I will invite her back. How does that sound?’ He turned to the resident behind him and said, ‘Make it so.’” 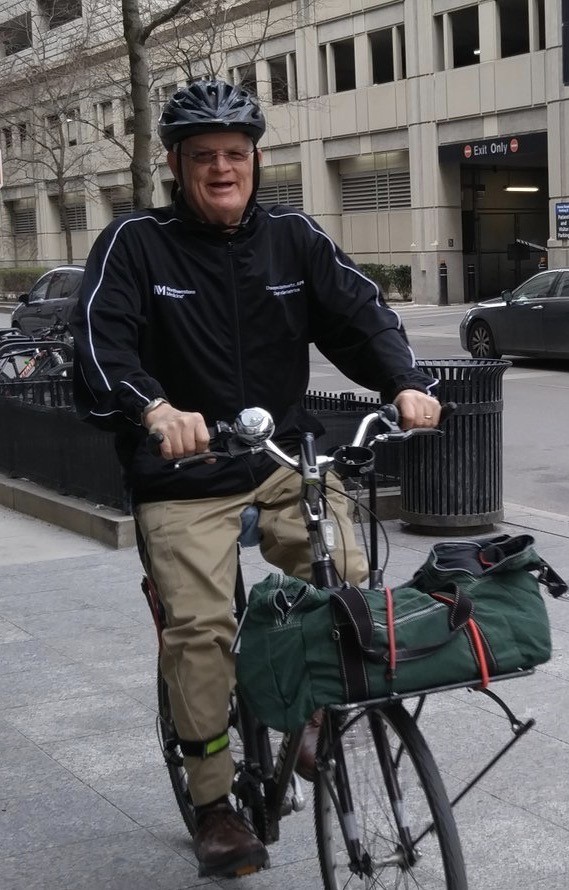 Emergency department visits often signal vulnerable points in older people’s lives. Falls or other accidents could indicate physical weakness, balance or vision problems. Worsening chronic conditions could mean the person is struggling to manage medications or make meals, or has less help from others.

Dobschuetz and other ER nurses assess older patients to identify the care and supports they need—and, if possible, to avoid admitting them to the hospital.

Hospitals are especially challenging environments for older people. More than a third of older patients develop health issues during their hospital stay, such as delirium, infection or mobility limitations following excessive bed rest. After discharge, these problems may worsen, impacting older people’s health, abilities, independence and quality of life.

“We quickly earned the title GEDI nurses,” he laughs. “If the doctors or nurses felt like an intervention was warranted, two little light sabers would appear next to the patient’s name in the electronic records.”

“Instead of the doctors or nurses saying, ‘I’ve got this old guy in bed five I want you to talk to,’ they would say, ‘I have such a GEDI for you in bed five,’” says Dobschuetz. “It was totally non-judgmental. It helped us get away from age stereotypes.”

The initial GEDI study, which involved three hospitals across the country, found that emergency nurses providing transitional care do make a difference. Inpatient admissions during older patients’ initial ER visits dropped significantly at all sites. At two hospitals, older patients receiving transitional care were also less likely to be admitted over the next 30 days.

Eventually, Dobschuetz realized that some people needed more than he could provide from the ER.

“There were certain people who I couldn’t get on the telephone,” he says. “Or I did talk to them, but there was something wrong and they wouldn’t come back to the hospital.”

“I’m focusing more on the caregivers. At the end of my visits, I turn towards the caregiver and say, ‘Is there anything I can do today to help you? I’m asking about you, not the help you’re giving.’” —Dwayne Dobschuetz, APRN 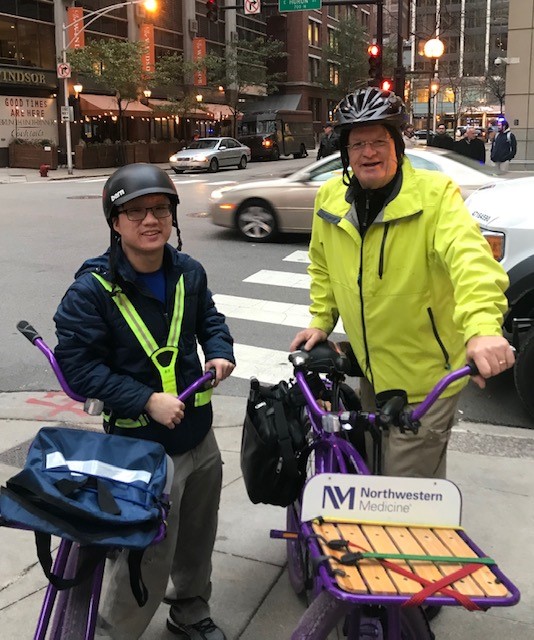 The challenges of family caregivers

Dobschuetz started checking in on these patients, as he rode his bicycle home from work. The experience inspired him to go back to school at age 65 to become an advanced practice nurse, and led to his current home care role.

Visiting patients in their homes has given Dobschuetz a greater appreciation for the challenges that family caregivers face.

“I’ve really been struck with the loneliness of family caregivers,” says Dobschuetz.

“My visits are at least 30 minutes, but most of the time it’s more like an hour,” he says. “I answer not only the patient’s questions but also provide a lot of caregiver instruction.”

“I’m focusing more on the caregivers,” says Dobschuetz. “At the end of my visits, I turn towards the caregiver and say, ‘Is there anything I can do today to help you? I’m asking about you, not the help you’re giving.’”

Looking back at his career, Dobschuetz notes, “I went from being the oldest staff nurse in the emergency department to being this young guy who helps people in their 80s and 90s.”

“I’m committed to training the next group of health professionals,” he says. “When I work with nursing and medical students, I tell them, ‘Pay attention! Fifteen years from now, I’m going to be your patient.’”