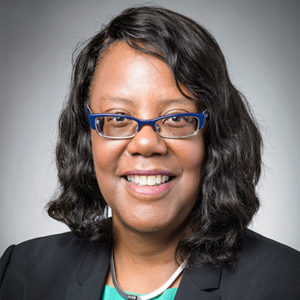 Dr. Scott was named the 8th dean of the University of Wisconsin–Madison School of Nursing in July 2016. She previously served as the College of Nursing’s Associate Dean for Academic Affairs at the University of Illinois at Chicago, with additional responsibilities as the Director of Graduate Studies, PhD Studies, and Urban Health. From 2009-2012, she served as associate dean for graduate programs at Kirkhof College of Nursing at Grand Valley State.

Her program of research focuses on the impact of fatigue and sleep deprivation on both nurses and their patients. Dr. Scott has also developed and implemented programs focused on economically disadvantaged students, including racial and ethnic minorities. She has led diversity efforts across academic degrees, curricula, and universities, including the implementation of holistic review for admissions.