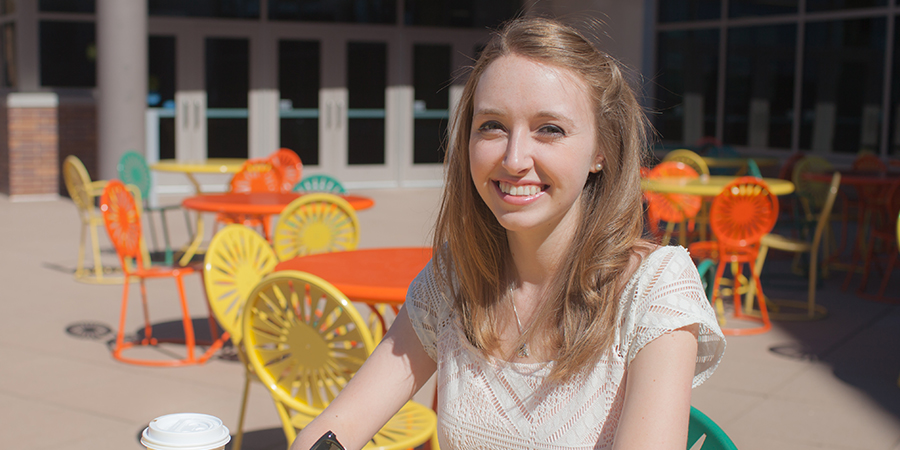 Chelsea Adams ’16 was on the way to high school when she got the call. Her brother Cory, on the way home from a night shift at work, rear-ended a school bus. The driver and the children on the bus were unharmed, but Cory’s head hit the windshield. The brain injury—his only injury—was severe. He was alive, but he would never recover. It was at that point that Chelsea Adams’s family made a decision that changed their lives: They decided to donate his organs.

The weekend between the accident and the actual donation lasted an eternity. During that time, Adams witnessed the nurses caring tenderly for her brother. One in particular made an indelible impression.

“She was in there brushing my brother’s teeth, and I saw the care and compassion she had,” Adams says. “She just opened up my eyes. I realized through this process that this is just something I had to do so I could make an impact on families the way all of the nurses did for me.”

And now she is. A nurse in the transplant unit at UW Hospital, she says it is both cathartic and inspiring work. At some point she hopes to practice on the procurement side of organ donation so that she can support other families the way so many nurses supporter hers. And while she recognizes the inherent tragedy and loss in the practice, she also feels that there is tremendous grace it in as well.

“Organ donation really helps families heal,” she says. “There is just so much hope in the situation.”

After her brother’s death, Adams became a passionate advocate for organ donation. She regularly shares her story in drivers education classes, she assists in training workshops for organ procurement and transplant teams, and she coordinates a team for an annual 5K that raises awareness for organ donation.