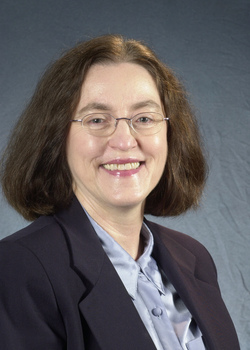 The National Institute of Nursing Research (NINR) is one of nursing’s prime movers and a powerful counterpart for scientists turning discovery into health. Its stature today stems, in part, from one UW–Madison School of Nursing alumna’s dogged voice on Capitol Hill.

Rewind to the late sixties. Diane Kjervik, JD, RN, FAAN, graduated from the University of Wisconsin–Madison with a nursing degree and an interest in the psychological aspects of care. She then earned her master’s in psych-mental health nursing at the University of California-San Francisco and began practicing in California.

It was a time of civil unrest and women’s liberation,” says Kjervik. “As a psychiatric nurse, I was beginning to feel uncomfortable with what medical practice was doing with the patient—forcing medications on them, as well as electro-convulsive therapy.”

Add to this a lack of job opportunities for clinical nurse specialists, and Kjervik found herself back in the Midwest as an educator. To her, this was the best way to use her master’s degree. She began teaching at the University of Minnesota nursing school in Minneapolis, following a stint at the University of Maryland School of Nursing.

While at Minnesota, Kjervik took a career counseling survey, which pointed to a latent interest in law. And while continuing to work full-time as an educator, she attended the Twin Cities’ William and Mitchell College of Law in the evening to get her JD.

“I never wanted to leave nursing for the law,” she says. “The idea was to bring the knowledge associated with law into nursing.”

Shortly after finishing her law degree in 1983, she took a leave of absence from teaching to “‘talk the walk’ for nursing research.” She went to Washington to lobby for moving nursing research from the Health Resources and Services Administration (HRSA) to the National Institutes of Health (NIH), the primary government agency responsible for biomedical and health-related research.

“Nurses from around the country wanted their research mission handled by the NIH—not the Division of Nursing at the HRSA,” Kjervik says. “Nursing was consistent with the mission of the NIH, so it belonged there. I was one of those persons who pounded that rough road on Capitol Hill for this effort, again and again repeating the same message: ‘Nurses are ready to compete with other disciplines for nursing research dollars.’”

At the time, strong opposition to move nursing to the NIH came from its director. Prior to meeting with him, Kjervik recalls, the pep talk to herself. “ ‘ You represent 382 schools of nursing, approximately 8,000 faculty, their students, and all of the patients who rely on them for care. You can do this.’ I held firm to my message that nursing was prepared to move into the mainstream and compete with other researchers for the NIH funding.”

Although the director could not be persuaded, she and fellow lobbyists swayed influential congressmen, among them Senator Orrin Hatch (R-Utah). In the end, both the House and the Senate got behind the effort and included the nursing research center language in the NIH Reauthorization bill (HR 2409). President Reagan then vetoed the bill, but Congress overrode his veto.

On November 20, 1985, the Health Research Extension Act became law, authorizing the National Center for Nursing Research (NCNR) at NIH. In 1993, the center was elevated to an NIH institute.

“We knew we had made history. It was a critical victory for nursing,” Kjervik says.

Shortly after establishment of the NCNR, Kjervik was appointed to its first national advisory council, which was a distinct honor for her. “It was real reward for the work I had done.”

In 1995, she joined the faculty at University of North Carolina (UNC) at Chapel Hill, where she worked with nurse attorneys to develop a model curriculum for undergraduate nursing programs, with a particular focus on patient-family advocacy. She served as editor of the Journal of Nursing Law (JNL) for sixteen years. She also shaped nursing practice through her publication of an amicus brief in the JNL that influenced an Illinois court to rule that nurses—not physicians, social workers, or others—should testify about the standard of care for nurses. She remained at UNC for seventeen years, retiring in 2012.

For Kjervik, nursing was her passion; law gave it impetus. “Nursing is a wide-open field and so is the law, so follow your passion,” she says. “Find what excites you and gives you a sense that you’re on a mission.”

Diane Kjervik received the Distinguished Alumni Award from the UW–Madison Nurses’ Alumni Organization in 1989 (see complete list of NAO Award Recipients.) Her profile is part of a series of profiles showcasing the accomplishments of nursing alumni.